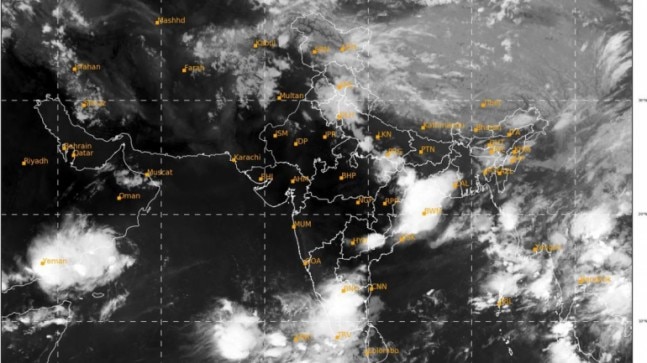 There are disturbances brewing over the Arabian Sea that will be worth keeping an eye on over the next few days, if current predictions from the weather office are anything to go by. The India Meteorological Department is tracking a “cyclonic circulation” near the African coast that has a high chance of turning into a storm early next week. Simultaneously, the IMD is also tracking another disturbance — this one a bit closer to India — that’s likely to intensify in the coming days.

According the IMD, a cyclonic circulation over the Arabian Sea and off the African coast has developed into a low pressure area and is likely to turn into a depression in the next two days and intensify even further by Sunday or Monday. The chances of this happening range between 76 per cent and 100 per cent, the IMD said in its tropical cyclones bulletin dated Thursday, May 28.

FYI: Low pressure area and depression are the first two classifications on the IMD’s eight-level cyclone categorisation system where the eighth is a ‘super cyclonic storm’.

As the predicted depression takes shape, it is expected to move towards the coasts of Oman and Yemen in Africa, the IMD said, adding that further intensification is likely.

Meanwhile, the IMD has is also predicting that another low pressure area is likely to form over the Arabian Sea early next week. This disturbance will be to the right of the current low pressure area, a bit closer to India.

Both of these are early-stage predictions and a lot could change in the coming days. The area over the Arabian Sea will be under constant watch for the next five days, the IMD has said.

Questions abound if NHL were to go straight to playoffs

April 6, 2020 AppicNews Comments Off on Questions abound if NHL were to go straight to playoffs

Vikas Dubey: The gangster and his political story

July 10, 2020 AppicNews Comments Off on Vikas Dubey: The gangster and his political story