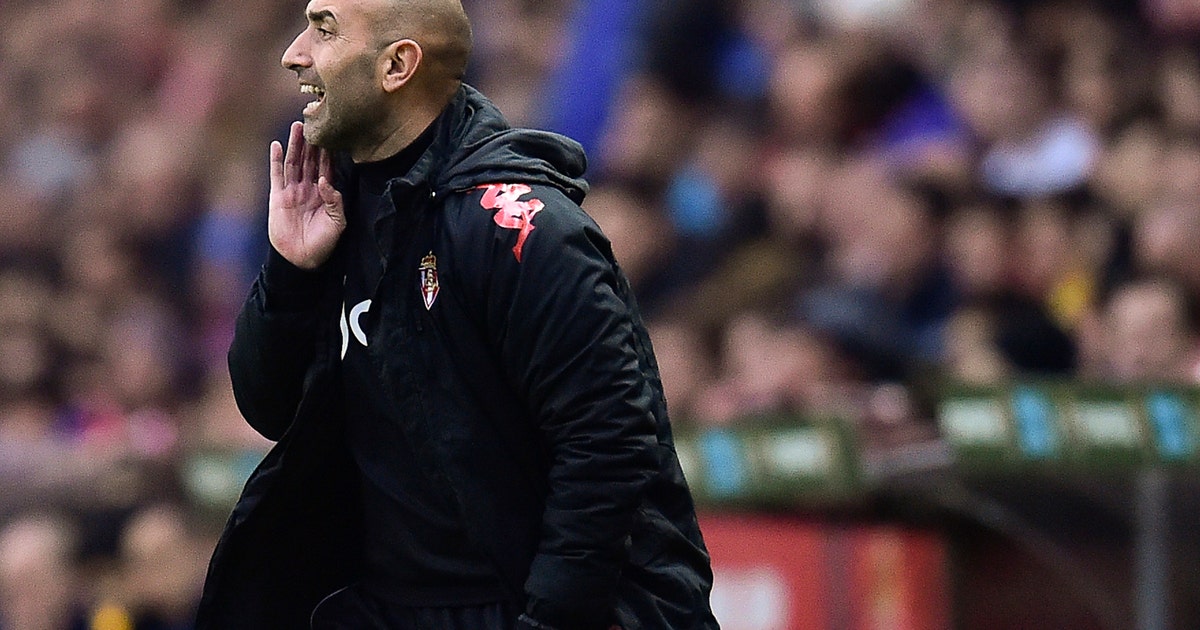 BARCELONA, Spain (AP) — Abelardo Fernández already said he was something of a “masochist” at his presentation as Espanyol coach.

The Spaniard, who is known by his first name, will get an opportunity to inflict pain on himself Saturday when Espanyol hosts Barcelona in his club debut.

It will be a derby of the best team in the Spanish league against the worst. Barcelona leads the competition by two points ahead of Real Madrid. Espanyol is in last place and has already fired two coaches this season.

“It is not easy to arrive and take over a team like Espanyol. I am 100% dedicated to turn this situation around,” Abelardo said Monday. “Maybe I am a bit of a masochist. I don’t know. I love the challenge.”

He now has the challenge of helping an Espanyol side, whose are called “parakeets,” that has only two wins in 18 games and has yet to win a match at home in nine tries.

Espanyol’s collapse came after one of its best campaigns in recent years last season when it qualified for the Europa League with a seventh-place finish. But the club let coach Joan “Rubi” Ferrer and top scorer Borja Iglesias leave for Real Betis.

The 49-year-old Abelardo has shown he can take a team that appears to be broken and mold it into a competitive side. He helped Sporting Gijón earn promotion in 2015 and stay a season in the first division. He later took over Alavés midway through 2017-18 and ensured it escaped a relegation fight. He was with Alavés until the end of last season.

“The important thing is to recover our confidence,” Abelardo said. “I was lucky enough to be able to get Sporting and Alavés out of difficult situations. I promise that we will compete, not that we will get results.

That commitment to hard work he tries to instill in his squads helped Abelardo play for Barcelona from 1994-2002, winning two Spanish league and two Copa del Rey titles. He also made 54 appearances for Spain and participated in two World Cups.

Espanyol’s chances of avoiding relegation will likely rest on Abelardo forging it in his own image as a hard-nosed central defender who sustained his place in Barcelona’s squad alongside Pep Guardiola and Luis Figo.

Espanyol sports director Francisco Rufete says he is working to bring in new players to reinforce a side whose top scorers are midfielders Sergi Darder and Marc Roca, and center back Bernardo Espinosa, with two goals each.

But none will arrive in time for Barcelona.

While Barcelona fans put Real Madrid as their No. 1 rival, Espanyol is for many their next-favorite team to beat. And the difference in club budgets normally makes the contest not very close.

Espanyol hasn’t beaten Barcelona in the league since 2009, when the team that was then coached by Mauricio Pochettino stunned the Camp Nou with a 2-1 victory. In that match, Espanyol was the last-place team in the standings and Barcelona was leader.

When asked if he had a message for the fans of his former club, Abelardo responded: “I will try my hardest to beat them.”