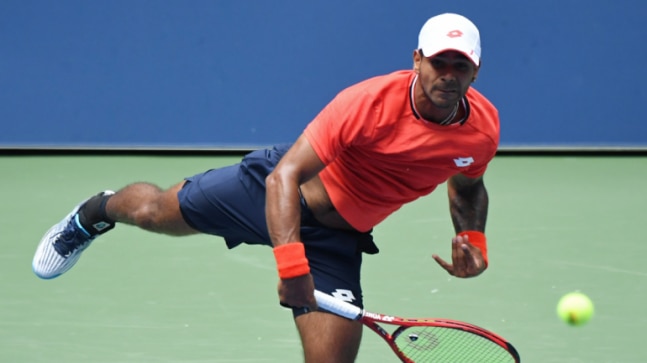 India’s Sumit Nagal showed on Friday why he is one of the most exciting young talents to watch out for as he came up with a fighting effort in his Argentina Open 2021 quarter-final against veteran Ramos-Vinolas of Spain. In his maiden quarter-final at the ATP Tour level, Nagal went down fighting 6-4, 2-6, 5-7 in 2 hours and 25 minutes.

Sumit Nagal continued his fine run on the red dirt as he stunned World No. 46 Ramos-Vinolas in the first set, taking it 6-4 after converting the first break point. It was a fine display of forehand as Nagal managed to hit winners at will against his experienced opponent from Spain.

Nagal though lost the 2nd set and the opportunity to get the match done in straight sets as Ramos-Vinolas showed his class and experience. The World No. 150 was looking down and out when he was trailing 2-5 in the decider.

However, Nagal came up with another inspiring effort as he came back from behind and won 3 consecutive games to make it 5-5 in the third set. Nagal though was not able to make full use of the momentum that he gathered as he was broken immediately. Ramos-Vinolas successfully served for the match to end what was a stunning run for the Indian at Buenos Aires.

Sumit Nagal, who had reached the 2nd round at US Open last year, started as a qualifier at the Argentina Open before making it to the main draw of the ATP 250 tournament. He clinched his first-ever win over a top 25 player when he stunned World No. 22, Cristian Garin, in the Round of 16 earlier this week.

February 15, 2020 AppicNews Comments Off on After row, Arvind Kejriwal govt says not mandatory for teachers to attend swearing-in ceremony

May 15, 2020 AppicNews Comments Off on Top cigarette maker develops novel coronavirus vaccine, claims it is ready for human trials