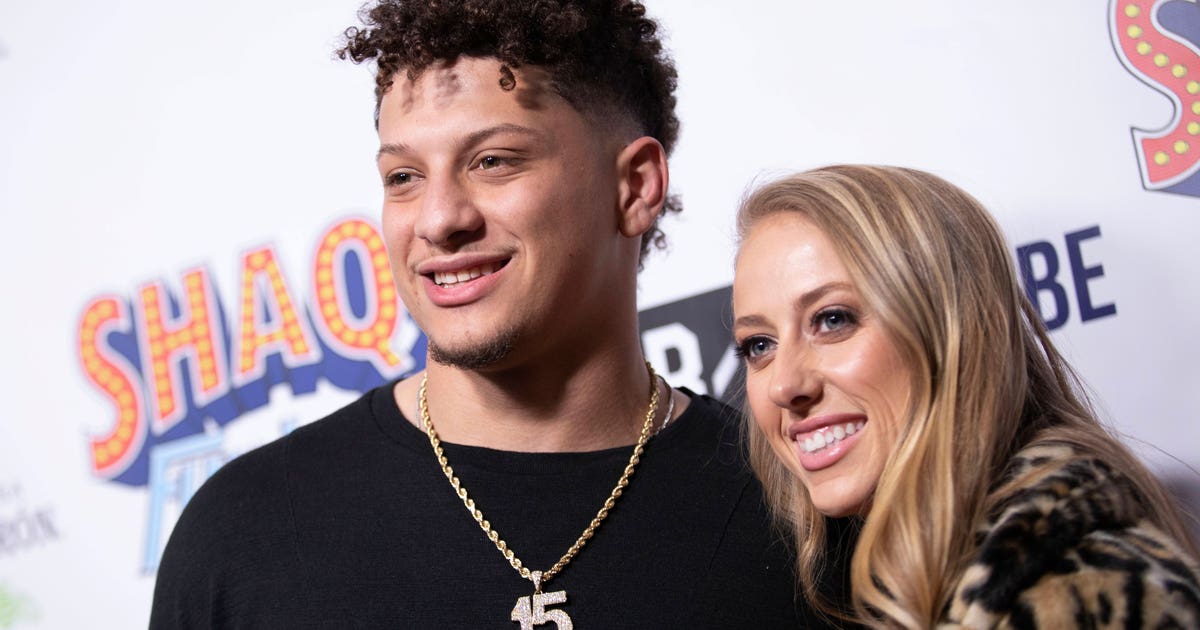 Matthews announced the Sunday birth of Sterling Skye Mahomes in a tweet. The birth came two weeks after Mahomes and Kansas City lost 31-9 to the Tampa Bay Buccaneers in the Super Bowl.

Mahomes and Matthews had announced their engagement in September, the Kansas City Star reported. The next month, the couple used their dogs as part of a gender reveal, and Mahomes tweeted that he was going to be a #GirlDad.

“It’s extremely exciting,” Mahomes said last year after announcing Matthews’ pregnancy. “Being able to grow up and have these dreams of having a family and playing in the NFL — for that stuff to start happening and really coming to truth, it’s really cool.”

In celebration of the birth, Union Station in Kansas City was lit up with pink and white lights Sunday night.

Congratulations @brittanylynne8 and @PatrickMahomes on the arrival of Sterling Skye Mahomes. With tonight’s pink and white lighting, Union Station and Science City wish you and your new family many happy years together here in KC.

Lockdown 4.0: How life can change in Delhi, AAP govt to unveil its plan today

May 17, 2020 AppicNews Comments Off on Lockdown 4.0: How life can change in Delhi, AAP govt to unveil its plan today