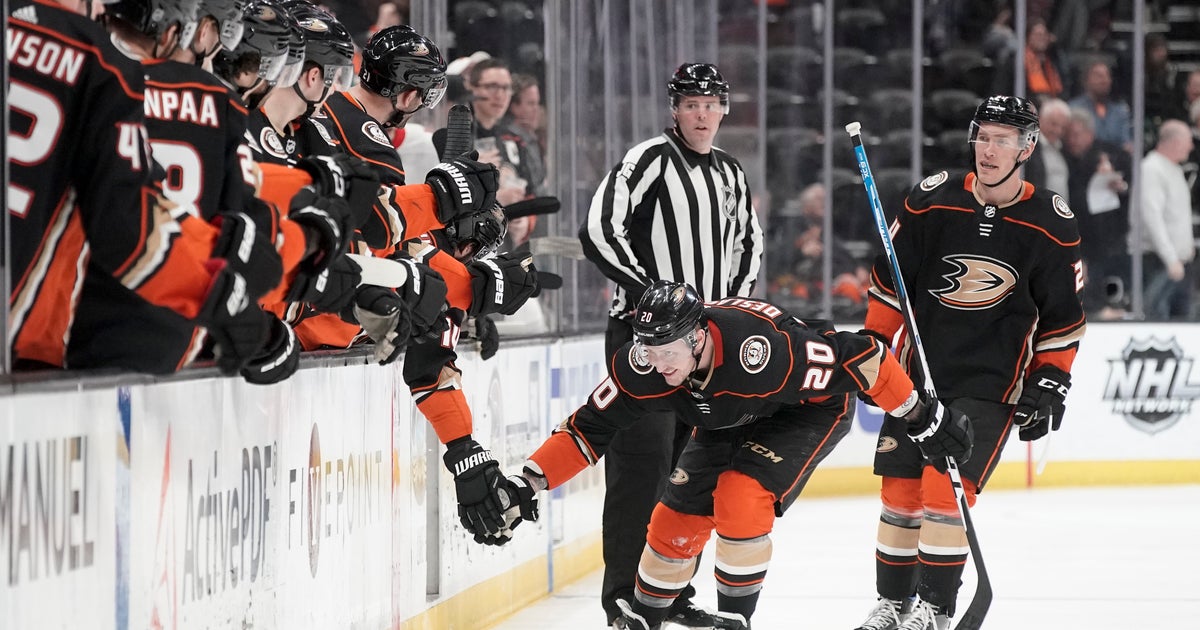 ANAHEIM, Calif. (AP) — Nicolas Deslauriers scored the fastest hat trick in Anaheim history, Ryan Miller made 40 saves and the Ducks rolled to a 5-2 victory over the Ottawa Senators on Tuesday night.

Deslauriers completed a natural hat trick 11:49 into the game with a wrist shot from the left circle that went off Ottawa goaltender Marcus Hogberg’s glove and shoulder to give the Ducks a 4-0 lead. It was his second goal in 32 seconds, after he scored on a one-timer from the slot.

Deslauriers’ first goal of the night came at 2:45 after he took a cross-ice pass from Carter Rowney and beat Hogberg to the short side with a wrist shot. Jakob Silfverberg opened the scoring 43 seconds earlier when he deflected Rickard Rakell’s shot into the net on a power play.

It was Deslauriers’ first hat trick in 375 NHL games. The left wing came into the game with four goals this season. Teemu Selanne held the previous Ducks mark for quickest hat trick at 12:58 in 1997.

Deslauriers’ hat trick was the third one completed in the first period in the franchise’s 26-year history.

Anaheim — which has earned a point in four straight games — was outshot 42-15 but scored on five of its first eight shots. Rakell had a goal and an assist, and Rowney and David Backes each had two assists.

Brady Tkachuk and Colin White both had a goal and an assist for Ottawa, which had won four of five. Hogberg stopped 10 shots.

Tkachuk put the Senators on the board 6:06 into the second when he took White’s pass and beat Miller to the short side for his 21st. Rakell put the Ducks back up by four with their second power-play goal of the game three minutes later.

White had the only goal in the third when he put a wrist shot by a screened Miller.

Senators: Remain in Southern California to face the Los Angeles Kings on Wednesday.

Ducks: Host the St. Louis Blues on Wednesday in a game that was stopped and rescheduled after Blues defenseman Jay Bouwmeester suffered a cardiac episode 12:10 into the first period on Feb. 11. The game will be a full 60 minutes and begin with the score tied 1-1, as it was at the time of the postponement.

Haryana: Neighbours harass nurse on Covid-19 duty, tell her to not come home

April 19, 2020 AppicNews Comments Off on Haryana: Neighbours harass nurse on Covid-19 duty, tell her to not come home

May 7, 2020 AppicNews Comments Off on Coronavirus Live Updates: Nearly 3,500 migrants workers reach UP by trains

No warning, no escape as deadly gas swept through Andhra Pradesh village

May 9, 2020 AppicNews Comments Off on No warning, no escape as deadly gas swept through Andhra Pradesh village