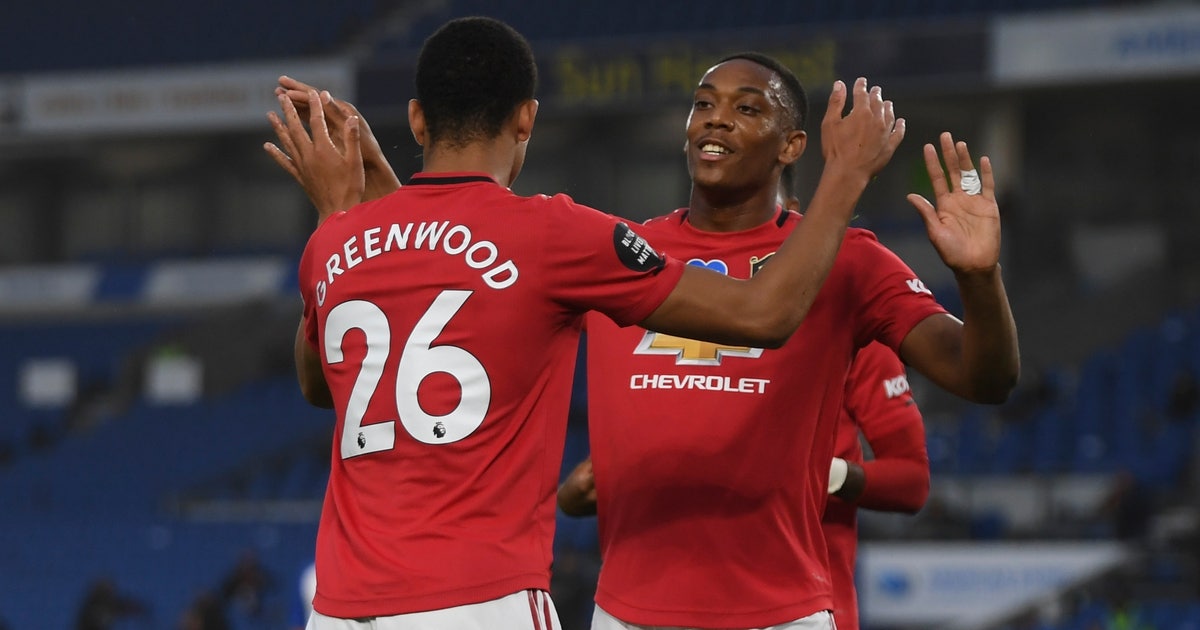 BRIGHTON, England (AP) — Bruno Fernandes scored twice to lead Manchester United to a 3-0 victory over Brighton on Tuesday to maintain its push for Champions League qualification.

The 25-year-old January signing has now scored in two of the three Premier League games since the season resumed after the three-month pandemic-enforced suspension.

United took the lead in the 16th minute when Mason Greenwood broke inside from the right and outfoxed his marker before firing in his sixth goal of the league campaign.

Fernandes then curled a free kick over the bar before turning home the second goal from the edge of the box in the 29th minute after being teed up by Paul Pogba. Brighton players argued that the ball had gone out of play earlier in the move but the goal was allowed.

Fernandes was on target again five minutes into the second half

Nemanja Matic played a long ball for Greenwood to collect in space, and his deep cross was finished off emphatically by Fernandes, bouncing off the ground past goalkeeper Mat Ryan.

United moved back into fifth place, which will secure Champions League qualification if second-place Manchester City’s two-season European ban is upheld by the Court of Arbitration for Sport.

Brighton is six points above the relegation zone with six games remaining.

December 2, 2019 AppicNews Comments Off on Cardinals fall flat in lackluster 34-7 loss to Rams