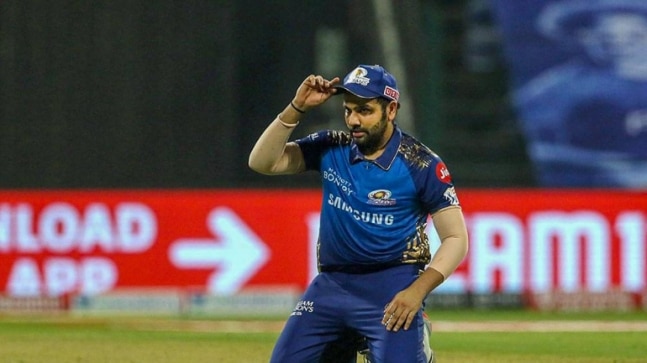 Mumbai Indians captain Rohit Sharma was visibly disappointed after his team’s Super Over defeat against Royal Challengers Bangalore in the 10th match of the Indian Premier League (IPL) 2020 but he still pointed out the positives that came out of the thrilling match in Dubai on Monday.

“It was a great game of cricket. We were not in the game at all when we started off with the bat. Great innings by Ishan there and then Pollard was brilliant as usual for us,” MI skipper Rohit Sharma said in the post-match presentation ceremony.

AB de Villiers and Virat Kohli chased down the target of 8 in Super Over to help Royal Challengers Bangalore register their 2nd win of IPL 2020 after Ishan Kishan hammered 99 and Kieron Pollard hammered unbeaten 60 runs to push the contest to a Super Over.

“It is just that we couldn’t start well, I thought we could chase 200 with the batting power we have. We didn’t get the momentum in the first 6-7 overs and also lost three wickets.

“With Polly being there anything can happen, Ishan was also hitting it well so we had the belief that we would get there. Nothing to take away from RCB they held their nerve more than us,” Rohit lauded Virat Kohli-led RCB for holding their nerves in the battles of comebacks.

“He (Kishan) was drained out and was not comfortable. We thought we could send him but he was not feeling fresh. Hardik is somebody we trust to hit long balls, it is not coming off but we are confident he can pull things off for us,” Sharma said when he was asked why Ishan Kishan was not sent to bat in Super Over.

“I mean 7 runs you need to have luck on your side, we had to get wickets but there was also an unfortunate boundary. We came back really well and a lot of positives to take away from this game,” Rohit added.

November 6, 2019 AppicNews Comments Off on Pakistan gives visa to Navjot Singh Sidhu for Kartarpur Corridor inauguration as he awaits clearance from Centre