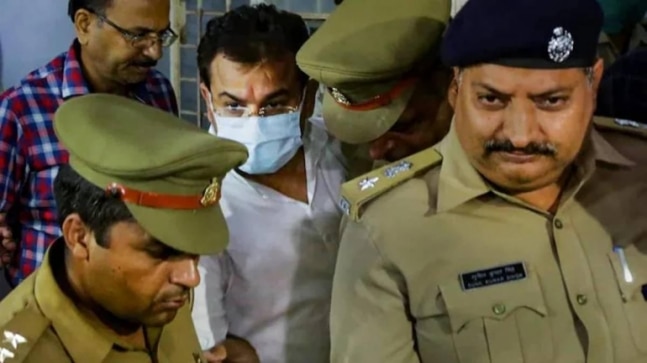 Union minister Ajay Misra’s son Ashish, who was arrested in connection with the Lakhimpur Kheri violence case, and one other person were denied bail by a magistrate’s court on Wednesday.

Ashish Misra was arrested on October 9 by UP Police’s special investigation team (SIT) after 12 hours of questioning. Ashish Misra, along with another accused, Shekhar Bharti, were sent to three days in police custody from Tuesday.

Meanwhile, Ashish Misra and his alleged accomplice Ankit Das were cross-questioned for an hour by the UP Police Crime Branch today. Ankit Das, who surrendered before the police on Tuesday, accepted that he had escaped to Nepal on October 8.

However, Ankit Das denied that Ashish Misra was present in the Fortuner during the Lakhimpur Kheri incident. He also claimed that no firing took place during the incident.

Speaking to India Today, Ankit Das said, “I am innocent. I have no role in the incident. We were just in the fleet. I have full faith in the judiciary.”

Police have so far arrested four people in connection with the case — Ashish Misra, Lavkush, Ashish Pandey and Shekhar Bharti.

Ready to accept any responsibility, says TS Singh Deo amid power tussle within Congress in Chhattisgarh

August 26, 2021 AppicNews Comments Off on Ready to accept any responsibility, says TS Singh Deo amid power tussle within Congress in Chhattisgarh