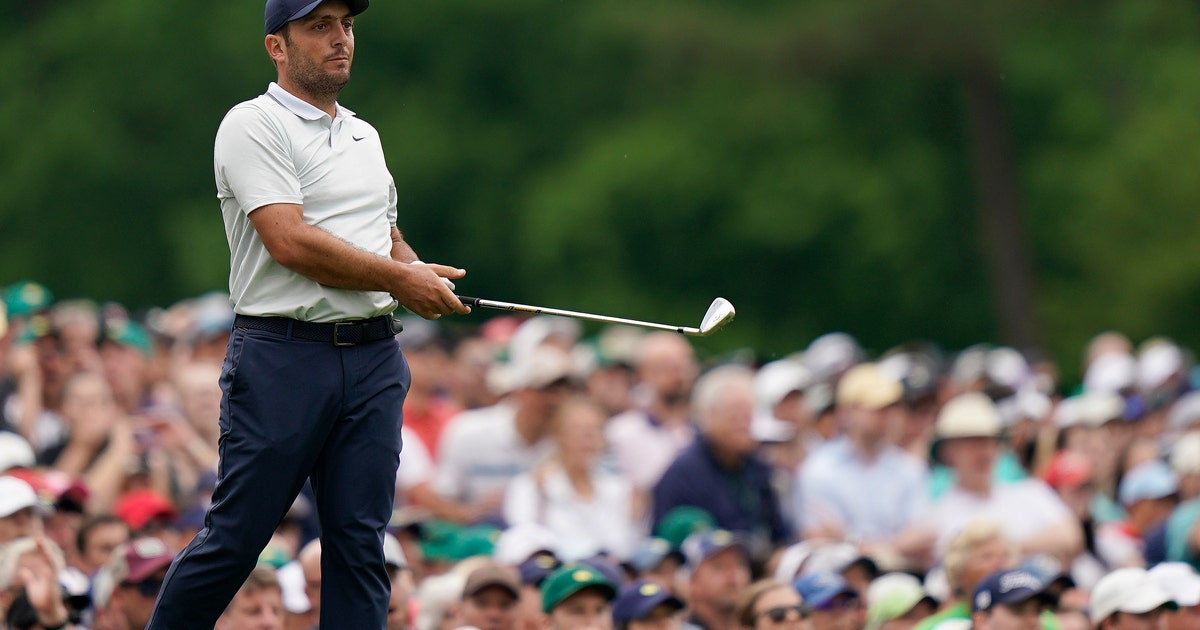 SHANGHAI (AP) — Francesco Molinari would love nothing more than to go back to that Sunday at Augusta National, the day Tiger Woods so famously became a Masters champion again when it could have just as easily belonged to him.

A tee shot in the water cost Molinari his two-shot lead.

A wedge that clipped a branch and found the water on No. 15 cost him a chance at a green jacket.

“I’m not the first guy that it happens to,” Molinari said Wednesday.

What cost Molinari more than the worst kind of memory is the loss of momentum. For more than a year, good golf came easily. He rallied to beat Rory McIlroy at Wentworth. He birdied his way to victory in Washington. Nothing was bigger than winning the claret jug at Carnoustie, and his profile became even stronger as the first European to win all five matches in the Ryder Cup.

There was no stopping him, until everything came to a halt at the Masters.

The HSBC Champions, which starts Thursday as the final World Golf Championship of the year, is his next chance to rebuild what seemingly was lost in a day.

“It’s tough,” Molinari said. “Like in any sport, I think when you lose a tournament or a game or something like that, it takes a toll mentally. I guess I was coming through a period, an extended period, of a few months where things were most of the time going my way. So yeah, it just happened. And then I tried to do the same things after that — keep pushing and keep improving, day by day — but I don’t know.

“I think something obviously changed that week.”

He went into the Masters having won at Bay Hill and reached the semifinals of Match Play. He came out of Augusta having not finished in the top 10 in the 11 tournaments he has played worldwide. Molinari had reasonable results at the U.S. Open (tie for 16th) and in his title defense at the British Open (tie for 11th), but he was never in contention at either one.

Getting back to where he was is proving to be as difficult as getting there in the first place.

“I think simply my game hasn’t been as good as it was at the beginning of the season,” he said. “It’s as simple as I need to hit the ball better and putt better and do basic things better. Obviously, with confidence everything comes a little easier. … You lose some confidence and you just need to build it up again. Unfortunately, I think it takes longer to build up the confidence than what it takes to lose it in circumstances like that.”

Molinari played so well for a year that he can break back into the top 10 in the world at the HSBC Champions against a field that includes McIlroy, Justin Rose and Xander Schauffele, along with Jordan Spieth and Phil Mickelson.

Sheshan International is where he first showed that his knack of taking it deep. He won an exquisite duel against newly anointed No. 1 Lee Westwood in 2010, winning by one shot with no one else among nine shots of them.

“It seems a long, long time ago now,” he said with a smile.

Much fresher is the Masters, and a loss of momentum that Molinari really can’t explain. He just knows it happened. And he knows the way back.

He doesn’t expect it to be easy.

Then he paused and smiled before adding, “But it takes a lot of patience, yeah.”

Cops hit us in our private parts: Over 10 Jamia students admitted after scuffle with police

February 10, 2020 AppicNews Comments Off on Cops hit us in our private parts: Over 10 Jamia students admitted after scuffle with police

Bryant fans from near and far find closure at LA memorial

February 25, 2020 AppicNews Comments Off on Bryant fans from near and far find closure at LA memorial