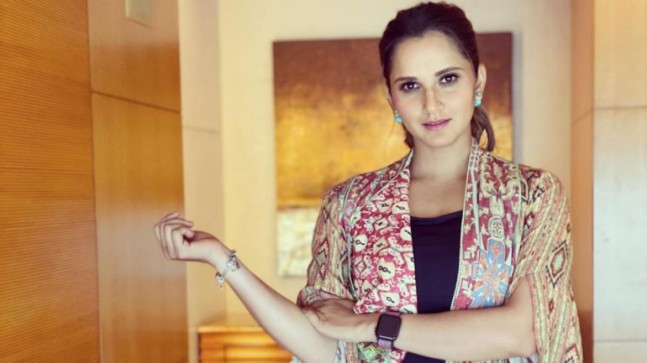 Indian tennis ace Sania Mirza opened up on how she deals with social media trolls and getting body shamed during her pregnancy on the second episode of India Today Inspiration, which will air on December 7.

Sania is no stranger to getting trolled on social media, be it because of her marriage with former Pakistan cricket team captain Shoaib Malik, or her views on various issues in our society. But all that has never deterred her from standing up and speaking against these trolls.

Sania stressed on how public figures like herself have to deal with all these issues on social media day in and day out on the show.

“We all talk about social media and the trolls but there is so much body shaming that happens. The moment a woman puts on a little bit of weight she gets questioned if she’s pregnant. As a public figure, we are perceived to be perfect,” Sania told India Today Consulting Editor Sports, Boria Majumdar.

Sania also spoke about how she was trolled for a picture she had posted on her social media accounts when she was pregnant and even then people didn’t stop talking about her weight.

Even back then when she was being trolled, Sania had hit back with a series of tweets and gave her piece of mind to all those who were commenting on her weight gain.

Many asked who my guest is this week on #Inspiration After the fantastic feedback on the @imVkohli show May I say you can’t miss it this Saturday. The way she has spoken on critical issues like bodyshaming, all I will say is respect. @MirzaSania on tennis, motherhood and more. pic.twitter.com/80VRU2vQsS

“I was at a baby shower and the amount of body shaming that I got for that picture, I realised that I will make all these people eat their words,” Sania said.

The 33-year-old has been regularly posting videos while working out in the gym now and been sharing how hard the journey has been for her to get back to full fitness after having a baby.

Sania and her cricketer husband, Shoaib Malik, were blessed with a baby boy in October this year and they named him Izhaan Mirza-Malik.

December 23, 2019 AppicNews Comments Off on Jharkhand election results: No CM has won twice. Will Raghubar Das break the curse?

Unbeaten no more, Patriots fall to Jackson and Ravens 37-20

November 4, 2019 AppicNews Comments Off on Unbeaten no more, Patriots fall to Jackson and Ravens 37-20