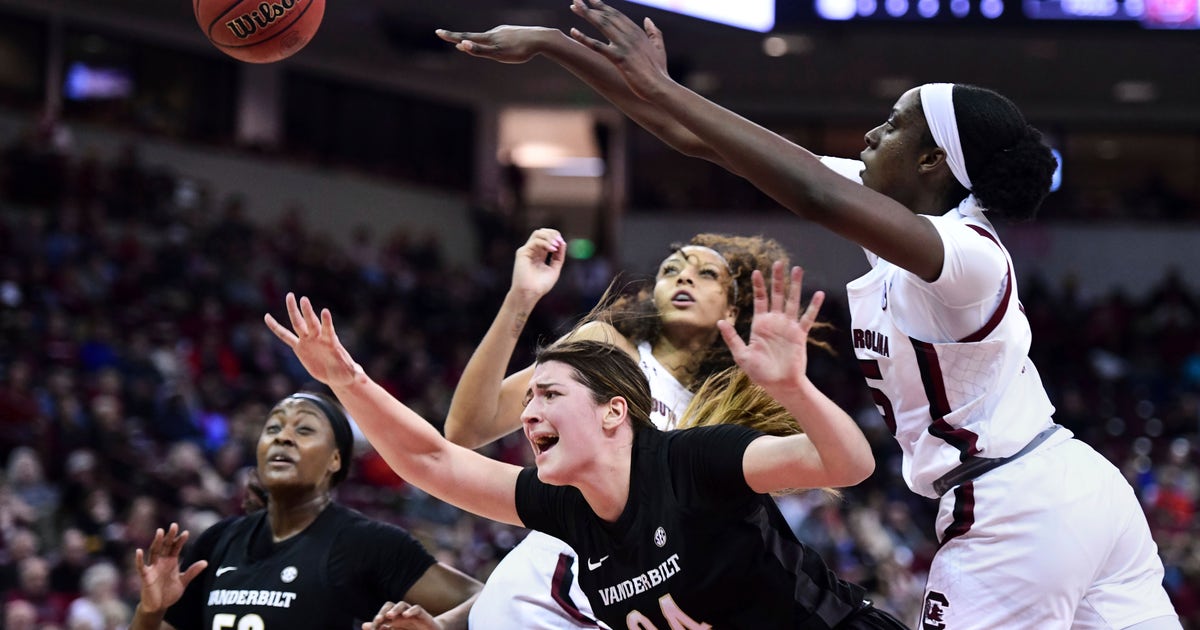 COLUMBIA, S.C. (AP) — Freshman Aliyah Boston had 12 points and 14 rebounds and No. 1 South Carolina used its relentless defense for a big run in the first quarter en route to its 19th straight win, 95-44 over Vanderbilt on Monday night.

LeLe Grissett had 14 points to lead the Gamecocks (25-1, 12-0 Southeastern Conference). Tyasha Harris and Destanni Henderson each had 12 points to help South Carolina take control with a swarming defense that triggered its fast-paced attack.

It happened quickly. After the Commodores (13-12, 3-9) hit four shots in a row to draw within 13-10 early on. Vanderbilt could not hold up once the Gamecocks cranked things up.

Harris had five points and LeLe Grissett four in South Carolina’s 17-0 run By the time Henderson hit a short jumper in the final minute, the Gamecocks were up 30-10 and cruised to their 12th straight victory over Vanderbilt.

It continued South Carolina’s pattern of getting out fast and not looking back. The Gamecocks held No. 6 UConn to just two points in the opening period last Monday on the way to their first-ever victory over the predominant power program in women’s college basketball.

Once on top of the Commodores, the Gamecocks made sure to stay there.

They had 52 points at halftime, just the second time this season Vanderbilt allowed 50 or more in the first two quarters. South Carolina eventually grew the lead to 51 points — same as the final margin — near the end of the third quarter.

It was the 11th double-double for the 6-foot-5 Boston, who leads South Carolina in scoring and rebounding average and in blocked shots. She had two of her team’s 11 blocks against Vanderbilt.

Vanderbilt: The Commodores have had their struggles this season in SEC play, but they’ve really struggled against South Carolina. They lost at home to the Gamecocks, 93-57, last month before getting blown out on the road.

South Carolina: The Gamecocks have shown a steadiness all season, seemingly unfazed by milestones and achievements. Following the 70-52 win over UConn last week, South Carolina throttled Auburn (79-53) and Vanderbilt its past two outings.

January 13, 2020 AppicNews Comments Off on Rodrigues scores 2 goals to lift Sabres past Detroit 5-1

Who are the past Miss World winners from India?

December 14, 2019 AppicNews Comments Off on Who are the past Miss World winners from India?