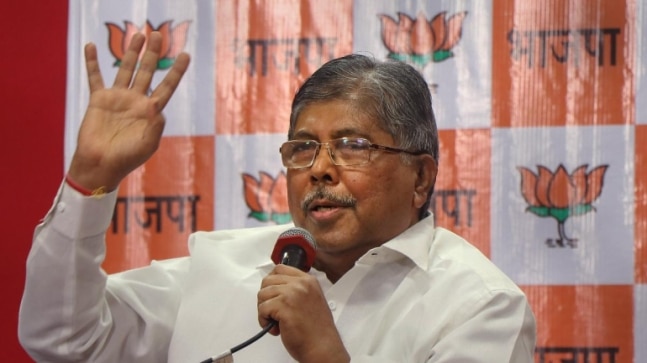 Chandrakant Patil, president of the BJP’s Maharashtra unit issued a statement on Monday over the recent meeting between former chief minister Devendra Fadnavis and Shiv Sena Rajya Sabha MP Sanjay Raut. Held at a five-star hotel in Mumbai on Saturday, the meeting went on for over an hour.

Reacting to the meeting, BJP leader Chandrakant Patil, “When two big leaders of two different political parties meet, obviously politics is discussed. They do not discuss tea and biscuits but this meeting was inconclusive.”

He went on to add in Marathi, “No one wants midterm polls in the state. But there is also no way out of the instability. One fine morning, something will change.”

Patil’s statement comes hours after Union Minister Ramdas Athawale said the Shiv Sena should reunite with the BJP. He even went ahead to suggest that Uddhav Thackeray can remain chief minister for another year following which the post can go to Devendra Fadnavis.

“Shiv Sena should again join hands with BJP. If Shiv Sena doesn’t come with us, I appeal to (NCP chief) Sharad Pawar to join NDA for development for the state. He may get a big post in the future. There is no advantage in staying with Shiv Sena,” Athawale, who is an NDA ally himself, told reporters in Mumbai on Monday.

After news of the meeting spread, Sanjay Raut claimed he met Leader of Opposition Devendra Fadnavis to propose an interview for Shiv Sena’s mouthpiece Saamna of which he is the editor. BJP leader Pravin Darekar also claimed that this was the objective of the meeting.

Fadnavis also issued a statement the next day claiming he met Raut to discuss the Saamna interview and there was no political discussion during the meeting.

Allies in the NDA, Shiv Sena and BJP parted ways after the 2019 Maharashtra assembly elections when the former decided to join hands with Sharad Pawar’s NCP and the Congress to form the ‘Maha Vikas Aghadi’ government in Maharashtra.

Upon Further Review: No Adams or Lazard? No problem for Packers

October 6, 2020 AppicNews Comments Off on Upon Further Review: No Adams or Lazard? No problem for Packers

Is coronavirus situation in India less severe than other countries?

March 30, 2020 AppicNews Comments Off on Is coronavirus situation in India less severe than other countries?