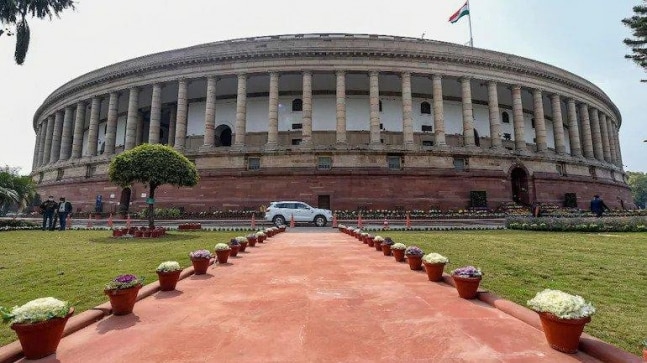 The government and the Opposition locked horns on Tuesday over the suspension of 12 Rajya Sabha MPs for the rest of the Winter Session on account of ‘unruly behaviour’ during the Monsoon Session of Parliament. Chairman M Venkaiah Naidu refused to revoke the suspension saying that the members haven’t shown any remorse for their “act of sacrilege”.

Leader of Opposition in Rajya Sabha Mallikarjun Kharge alleged the motion for suspension by Parliamentary Affairs Minister Pralhad Joshi was in gross violation of the rules and action was undemocratic.

Mallikarjun Kharge urged Rajya Sabha Chairman M Venkaiah Naidu to reconsider his decision. In his letter, the Congress leader said excessive action has been taken against the MPs by suspending them without providing them an opportunity to be heard.

The Leader of Opposition in Rajya Sabha further noted that the suspension of these members is an unprecedented excessive action.

ALSO READ: Rajya Sabha rules explained as 12 MPs suspended in Winter Session for what they did in Monsoon Session

Meanwhile, the Opposition parties, including the Congress, DMK and National Conference, staged a walk out from both Houses of Parliament, protesting against the suspension of 12 opposition MPs.

The stalemate over the issue led to a washout of the second day of proceedings of the Winter Session of Parliament. The government, however, did not take up any bill today saying it would wait for the Opposition members to return before any business is taken up in the true democratic spirit.

WHAT’S ON TABLE ON DECEMBER 1

Gajendra Singh Shekhawat to move the Bill to provide for surveillance, inspection, operation and maintenance of the specified dam for prevention of dam failure related disasters and to provide for institutional mechanism to ensure their safe functioning and for matters connected therewith or incidental thereto, as passed by Lok Sabha, be taken into consideration.

Chelsea into 3rd place in EPL, Arsenal held by Leicester

July 7, 2020 AppicNews Comments Off on Chelsea into 3rd place in EPL, Arsenal held by Leicester