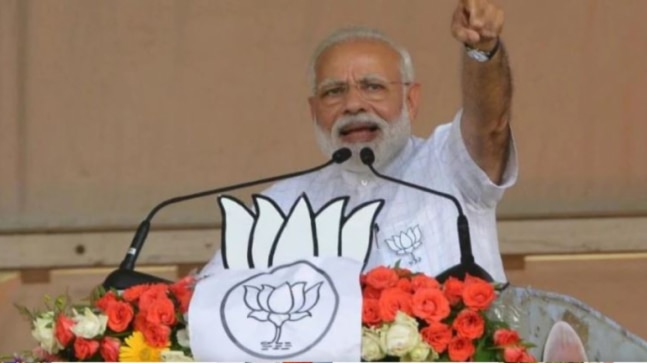 His first rally is scheduled at Birsa College in Khunti district at 11 am, while the second one is at 1 pm at Steel Maidan in Jamshedpur, BJP spokesperson Shiv Pujan Pathak said on Monday.

Chief Minister Raghubar Das is contesting the polls from the Jamshedpur (East) seat, where his former cabinet colleague Saryu Roy is contesting as an Independent candidate.

Roy had resigned as a minister last month after his name did not figure in the BJP’s candidate list.

Roy, who won the 2014 assembly elections from Jamshedpur (West), filed nomination from Jamshedpur (East) to challenge Das. Nitish Kumar’s JD(U) withdrew its candidate from the seat in support of Roy.

The Congress has fielded Gourav Vallabh from Jamshedpur (East).

The two seats are among the twenty assembly constituencies going to polls in the second-phase on December 7.

The five-phase elections to the 81-member House will end on December 20. Counting will take place on December 23.

Coronavirus in India: BMC to test asymptomatic patients after 5 days of quarantine

April 17, 2020 AppicNews Comments Off on Coronavirus in India: BMC to test asymptomatic patients after 5 days of quarantine

Defense dominates but offense sputters as Rams fall to 5-4

November 11, 2019 AppicNews Comments Off on Defense dominates but offense sputters as Rams fall to 5-4