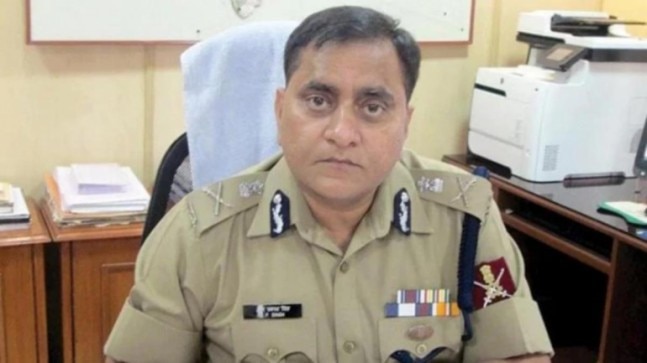 Uttar Pradesh Director General of Police Om Prakash Singh on Friday said only one person has died in the police firing in the state. He also said the 19 people who have lost their lives during the protests against the Citizenship Amendment Act (CAA) in Uttar Pradesh, that turned violent, could have died by the illegal weapons they were carrying.

Uttar Pradesh is on the edge especially after the protests and the police action that was seen in the past few days. Bijnor was one of the districts in Uttar Pradesh affected by violence during a demonstration against CAA where protesters and the security forces clashed, resulting in the death of one person.

On how many have died in the police firing, Uttar Pradesh DGP OP Singh said, “We have confirmed that there was once incident in Bijnore where a constable fired upon a group of agitators in a right to private defence. He was fired upon by one of the agitators. He got shot in his stomach. Then he fired back in self-defence. Apart from that, 19 people have died. Till then, we had not ordered any firing.”

When asked to confirm if only one person has died in the police firing, the UP DGP said the 19 persons could also have died by their own “illegal” weapons.

“It is an open-ended investigation. The kind of injuries that we have on the bodies of those killed are being investigated. They [injuries on the dead bodies] could also be of the illegal weapons used by the agitators,” OP Singh said.

Responding to a question on how many areas in Uttar Pradesh did the police open fire, OP Singh said, “In some areas like Bijnore. Kanpur was another where the police opened fire in the air with the permission of the magistrate. We also used a minimum level of force like tear gas shells and lathi-charge.”

When OP Singh was asked if there were only two cities where the police have opened fire on the anti-CAA protesters, he said, “There have been incidents of firing at various places but the police opened fire as a right to self-defence only in Bijnor. They did not open the fire. They went for tear gas shells as well as lathi charge and at some places, they resorted to firing in the air.”

October 11, 2019 AppicNews Comments Off on 54-51 heroes Everett, Ebukam stepping up again for Rams

Chiefs defense is ramping up against the best: KC offense

August 26, 2020 AppicNews Comments Off on Chiefs defense is ramping up against the best: KC offense