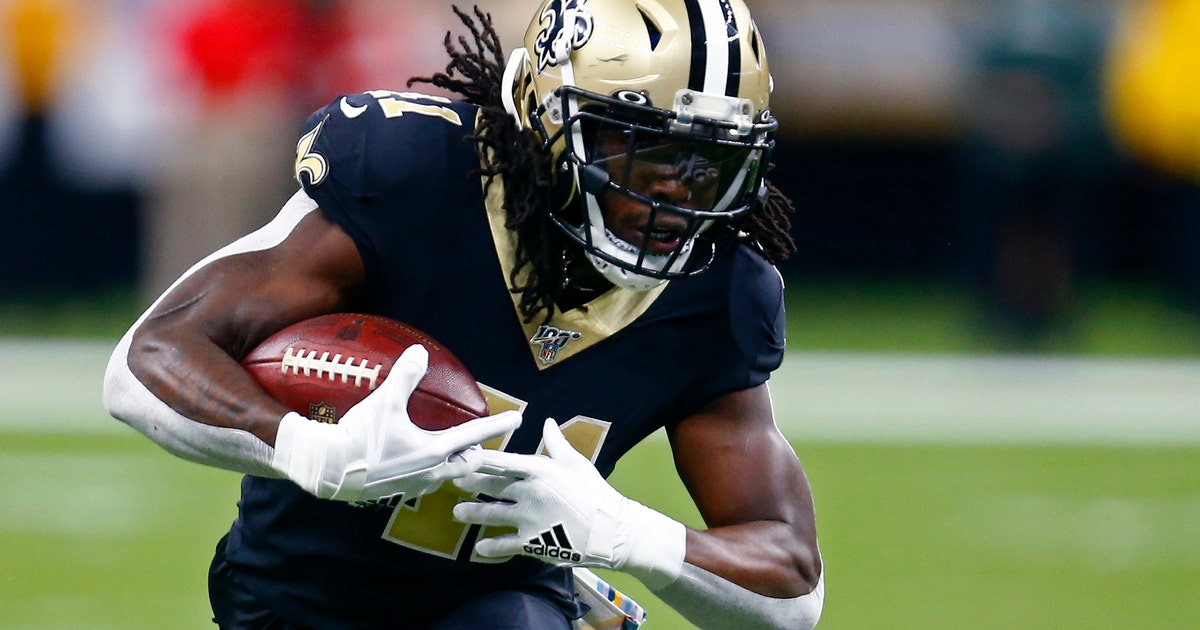 METAIRIE, La. (AP) — The New Orleans Saints have listed running back Alvin Kamara as questionable for Sunday’s game in Jacksonville because of an ankle injury that limited his practice time on Thursday and sidelined him entirely from practice on Friday.

Kamara, who routinely catches passes out of the backfield and also lines up at times as a receiver, has 583 yards and two touchdowns from scrimmage for New Orleans (4-1). He’s rushed 75 times for 342 yards and one TD.

Saints coach Sean Payton has declined to discuss when or how Kamara got hurt. He was not on the injury report on Wednesday, three days after gaining 62 yards rushing and 42 yards receiving in a victory over Tampa Bay .

The Saints have ruled out receiver Tre’Quan Smith, who left Sunday’s game with an ankle injury. Defensive end Trey Hendrickson, who missed last weekend’s game after injuring his neck in Week 4, also has been ruled out despite returning to practice on a limited basis this week.

Quarterback Drew Brees will miss his fourth straight start since his Week 2 thumb injury against the Rams in Los Angeles.

October 23, 2019 AppicNews Comments Off on How US diplomat’s notes led to impeachment proceedings against Donald Trump

February 10, 2020 AppicNews Comments Off on Delhi Assembly Election Results 2020: Kejriwal’s comeback or BJP’s revival, verdict to be out today