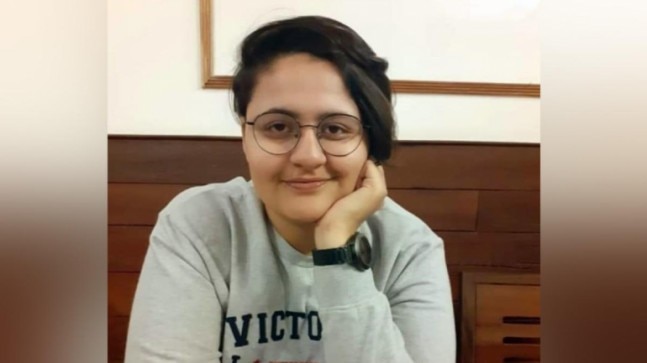 Mumbai Police has come down heavily on the protesters who raised slogans in favour of JNU student Sharjeel Imam, who was arrested on sedition charges. Acting on the sloganeering, the Azad Maidan Police on Saturday registered a case against 50-60 people under stringent section like sedition.

One of the accused has been identified as Urvashi Chudawala, associated with TISS Queer Collective and student of second-year MA in media and culture at Tata Institute of Social Science (TISS).

A senior official said that the police have made a watertight case against the accused. Urvashi Chudawala’s social media posts were studied before taking the case.

According to police, Urvashi Chudawala was called for questioning twice for preliminary inquiry into the case but she didn’t come.

A case has been registered under section 124 A (Sedition), 153 B (Imputations assertions prejudicial to National Integrity) and 505 (statements conducing public mischief).

This was the second case after ‘Free Kashmir’ poster came up in an anti-CAA rally where the Mumbai Police was dealing with anti-India statements. In this case, Urvashi Chudawala’s social media post and activities were also studied to make a watertight case.

Mumbai Police said the organisers of LGBTQ event are not the accused in the case. It was a group of people who didn’t follow guidelines and raised such slogans.

November 12, 2019 AppicNews Comments Off on Brace yourself Delhi, pollution likely to enter emergency zone on Wednesday

December 2012 gangrape case: Death warrant issued for Nirbhaya rapists, to be hanged on January 22 at 7am

January 7, 2020 AppicNews Comments Off on December 2012 gangrape case: Death warrant issued for Nirbhaya rapists, to be hanged on January 22 at 7am