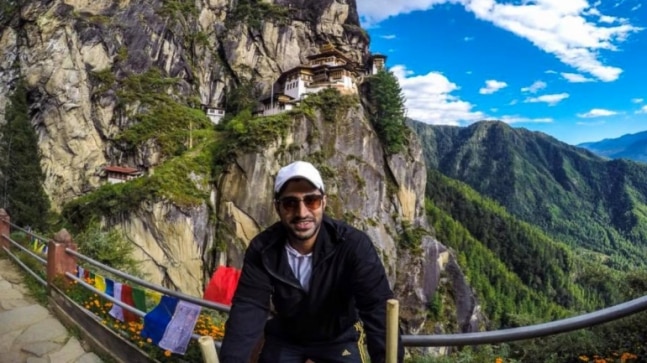 National level billiards and snooker player Rishabh Thakkar, who is also a friend of Rhea Chakraborty, was grilled by Enforcement Directorate (ED) for eight hours on Tuesday over a WhatsApp group chat recovered from Rhea’s phone involving discussion on dealing in doobies.

The chat messages on the WhatsApp group that Rhea Chakraborty was also part of for a wedding ceremony to be held at Udaipur show Thakkars telling another person to bring money and take the contraband, sources said.

Rishabh Thakkar has played opposite top billiards and snooker players in the past. Rishabh Thakkar’s circle of friends is also under scanner now and was grilled by the ED to find out if Rhea Chakraborty bought any contraband from him.

According to sources, Thakkar told ED officials that he was not dealing in drugs, however, one transaction and the chat message discussing contraband remains under the scanner.

Thakkar’s financial transactions are also being scanned and he is likely to be called again for questioning, sources said.

Meanwhile, the Narcotics Control Bureau (NCB) has registered a criminal case against Rhea Chakraborty. The NCB is investigating the drug angle in the Sushant Singh Rajput death case. The NCB has also identified two men, Farookh Sheikh alias Farookh Batata and Bakul Chandalia, who are known for supplying drugs in the Bollywood circle. The agency is most likely to question the two men in the case.

The NCB got involved in the Sushant Singh Rajput case after Rhea Chakraborty’s WhatsApp chats with Samuel Miranda, Jaya Saha and Gaurav Arya were released by the Enforcement Directorate. Gaurav Arya, who is a hotelier based in Goa, is being investigated by the ED today. The agency is also questioning another hotelier Kunal Jani regarding the case.