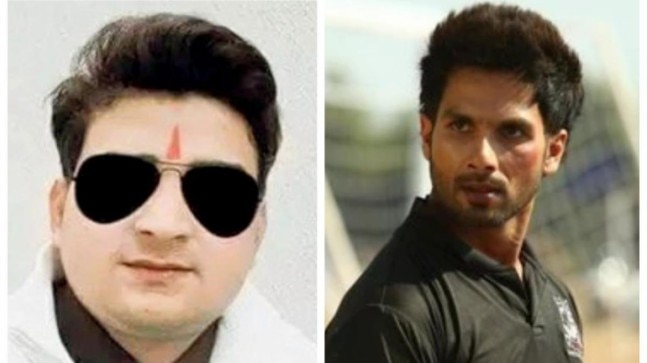 Sandeep Reddy Vanga’s Kabir Singh made many headlines but not always for the right reasons. The film faced backlash from netizens and critics for glorifying toxic masculinity and showing the violent, sexist, short-tempered lead character in a good light.

Many said that the film might have a bad influence on the audience and now, after almost four months of the film’s release, this has been proven right in a tragic event. Uttar Pradesh-based TikTok star Johnny Dada aka Ashwani Kumar AKA TikTok Villain, who was heavily influenced by Shahid Kapoor’s Kabir Singh, murdered Dubai-based flight attendant Nikita Sharma, who he was obsessed with. Nikita was supposed to get married later this year. Ashwani was famous for his angry rants on the video-sharing app.

Ashwani murdered Nitika after he found out that she was getting married to someone else in December. Not just that, when the police looked into Ashwani’s background, they found that he was wanted in three other murder cases in Uttar Pradesh. Ashwani committed suicide last week.

During the course of their investigation, the police also found that Ashwani often posted dialogues from Kabir Singh on his TikTok account. In one of his videos, he is seen mouthing Shahid Kapoor’s dialogue from Kabir Singh, “Jo mera nahin ho sakta, usse kisi aur ke hone ka mauka nahin doonga.”

Speaking to Mid-day, Kabir Singh director Sandeep Reddy Vanga said that he was shocked to hear about the incident. He said, “I feel sorry for the girl and her family. It is unfortunate that people have lost their lives. As filmmakers, we are responsible for our craft and need to consider the repercussions, but never have my films [endorsed] killing anyone. Kabir Singh or even Arjun Reddy [the Telugu original] never [supported] murder.”

Kabir Singh is the remake of Sandeep Reddy Vanga’s 2017 Telugu film Arjun Reddy. In both the films, the lead character is a violent medical student, despite which the female lead falls in love with him. Both the films have a scene where the male character is seen slapping the female lead. These scenes remained the centre of debate and were condemned by critics ever since Arjun Reddy hit the screens. The discussions and criticism peaked after Kabir Singh was released across India and went on to earn more than Rs 300 crore in the country.

At the India Today Conclave Mumbai 2019, Shahid Kapoor talked about his stand on Kabir Singh. He said, “It’s in one of the top 10 grossers. We felt that the product was edgy, we knew that it was not something that it could be what everyone else was comfortable with.” Shahid also questioned why there was no hue and cry when Ranbir Kapoor’s character mistreated his girlfriend, Sonam Kapoor’s character, in Sanju or when Shah Rukh Khan’s character killed Shilpa Shetty’s in Baazigar.

Kabir Singh turned out to be the biggest grosser of Shahid’s career and though the film minted big bucks, its negative influence on the audience cannot be ignored. The recent murder case is a sad example of the same.

ALSO READ | Shahid Kapoor: No one picked on Sanju like Kabir Singh when he said that he slept with 300 women