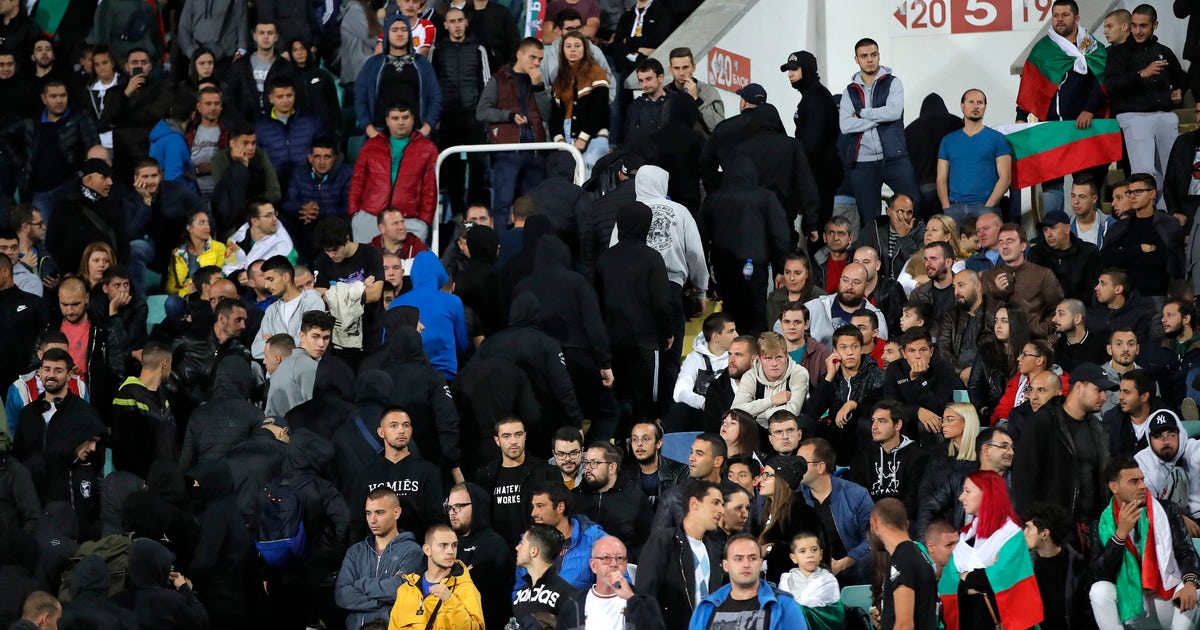 Bulgarian fans also directed monkey noises at England’s black players during the match, which was halted twice in an effort to stop the racist abuse. England won the match 6-0.

“Six people have been arrested during the operation of the Sofia police department after establishing they are the perpetrators of disorderly acts,” the Ministry of Interior said in a statement. “Due to the immediate action taken by Sofia police, 15 participants in the illegal activity have been identified. For nine of those there is information collected, including expert facial recognition.”

The ministry said the evidence collected will be handed to the prosecutor’s office in Sofia.

“We do not tolerate such behavior,” Sofia police department senior commissioner Georgi Hadzhiev said in the statement. “Everyone who violated the public order will be called in, some of them have been arrested and action will be taken against them.”

In the fallout from Monday’s game, the president of the country’s soccer federation has resigned and the Bulgarian special police forces have raided the federation offices.